As you will soon find out, this is more a post as to how NOT to change your shower head. As I mentioned before, now that I own my own place, I’m trying to be handier (since you just can’t call the landlord anymore).

And well, I noticed my dog often came home from being out with the dog walker looking like this: 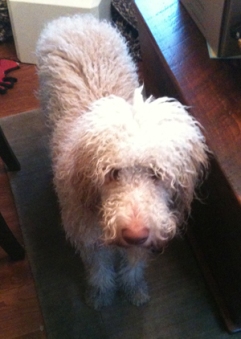 Although really, I can’t complain about the dog walker since this how he looks after a hike with me:

So this is all to say, my dog often needs a bath, which is a problem because I don’t have a bathtub and he no longer can fit in the sink.

Easy right?!? I had changed a shower head in a previous apartment and thought it would simply just twist off… So here is my latest how-to… 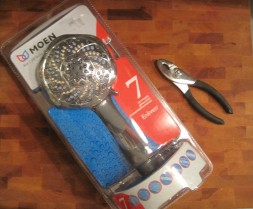 STEP 2: Try with all your might to twist off the old shower head. 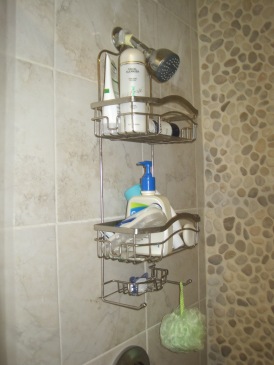 STEP 3: Get really frustrated because the thing won’t move, throw the pliers down and make a Bloody Mary (because you are doing this in the morning and it would be socially frowned upon if you went straight to wine).

STEP 4: Knock on the strong, strapping, FBI agent’s door (the one guy that lives in the building). And ask to borrow his muscles.

Picture has been changed to protect the innocent.

STEP 5: Find out that he can’t budge it either.

STEP 6: Repeat step 3 (possibly with the muscle man…wish I had thought of that one).

STEP 7: Muscle Man redeems himself and shows up with CLR and a bigger wrench. Soaks shower head for an hour and it’s easily able to be removed with the bigger “manly-man” wrench.

Gatsby got his first shower the next day:

STEP 9: Get annoyed by constant dripping and call property manager who hires a plumber because some valve is broken.

(As I said this is really how not to install a shower head.)

2 thoughts on “How To: Change a Shower Head”